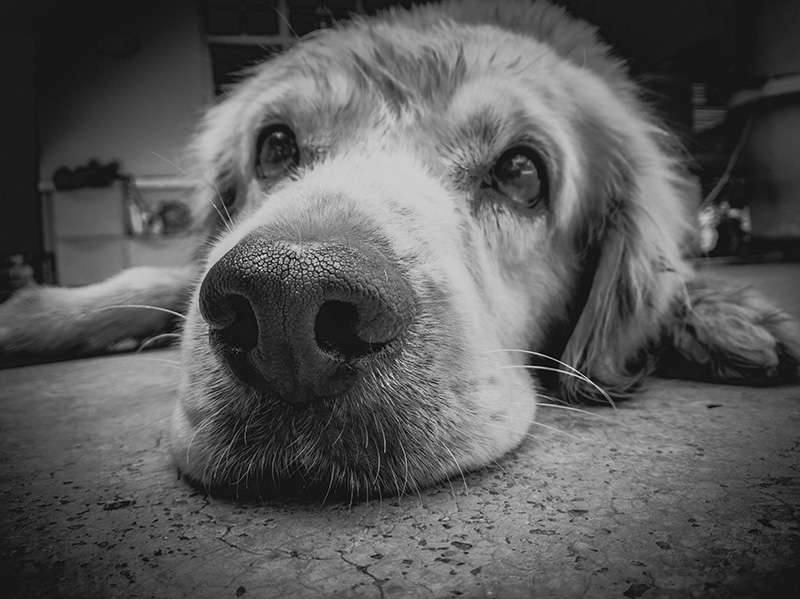 While Addison’s disease is relatively rare in canines, it can occur typically in young to middle-aged dogs, as well as in female dogs and in certain breeds. Standard poodles, bearded collies, West Highland white terriers, Portuguese water dogs, wheaten terriers, and Rottweilers have higher risk for developing it.

If your dog is one such breed, you should arm yourself with basic knowledge about Addison’s disease. You must work with your pet’s veterinarian in case you suspect that your dog has it instead of going about it your way, however. The main purpose of this article is to provide you, a dog parent, with information about it so you will know what to do about it, if it happens to your dog.

Symptoms to Look Out For

Emphasis must be made that the symptoms of Addison’s disease will vary between dogs depending on several factors including the dog’s age, condition and breed as well as the duration of the disease. Most of its symptoms are also present in other types of illnesses so it’s important to seek veterinary opinion before jumping to the conclusion of Addison’s disease. Also, the life-threatening symptoms usually manifest during the acute episodes and, thus, emergency treatment is a must.

The common symptoms of Addison’s disease in dogs include lethargy, decreased appetite or lack of appetite, weight loss, diarrhea, vomiting, shaking, increased thirst, increased urination, dehydration despite the increased intake of water, weak pulse, low temperature, hair loss, pain in the abdomen, and blood in the feces, as well as signs of depression.

With such a wide range of symptoms, getting a definitive diagnosis of Addison’s disease requires a thorough medical examination performed by a veterinarian. The examination includes a physical exam, a complete blood count, urinalysis, and biochemistry profile, as well as other routine lab tests, said tests of which can reveal abnormal levels of lymphocytes and eosinophils, among other conditions.

X-rays and ultrasound may also be performed on your dog to determine the size of his adrenal glands. Be patient as the vet may instruct other lab tests since these are necessary to arrive at a definitive diagnosis, regardless of whether it’s Addison’s disease or not.

Causes for the Disease

In dogs, the adrenal glands produce mineralocorticoids and glucocorticoids critical to the body’s healthy functioning. The abnormal increase or decrease of one or both of these hormones can cause serious, even life-threatening, health addressed when left untreated. Addison’s disease occurs when the adrenal glands don’t produce sufficient levels of mineralocorticoids and/or the glucocorticoids, a condition also known as adrenocorticotropic hormone (ACTH) deficiency.

While ACTH deficiency is the primary cause of Addison’s disease, it isn’t the only cause. Long-term glucocorticoid withdrawal and metastatic tumors can also cause the disease.

Again, don’t jump into conclusions about what caused your dog’s Addison’s disease and it isn’t healthy to blame yourself or others either. As in humans, your dog’s body can become sick without an external stimuli. The best thing to do once a definitive diagnosis has been made is to look into the treatment options for your dog, a matter that must be discussed with his veterinarian.

The treatment for Addison’s disease depends on its type and the severity of its symptoms. Dogs who have low levels of bodily fluids (i.e., dehydration) are given intravenous fluids, as well as treated with hormone injections for their lifetime. In fact, hormone therapy to replace the deficient hormones is your dog’s best shot at enjoying a good quality of life despite the disease.

Once your dog recovers from his acute hypoadrenocorticism, his veterinarian will determine the appropriate dose of synthetic hormones to bring back his hormone levels to its balanced state. You have to bring your dog to his regular vet visits for hormone therapy as the amount and frequency of hormone injections will likely be adjusted, especially during times of stress, surgery and illness. Also, you should follow the recommended dose and brand of the hormone injections; if changes seem necessary, consult your vet first before making any action.

Your vet will likely instruct you to bring your dog at weekly intervals for the first four weeks or so. Afterwards, you may be asked to do so once every three to four weeks. Your dog may also have to undergo lab tests including checks on his electrolyte levels to determine his response to the treatment.  Keep in mind that your compliance of your pet’s treatment program is essential for his good prognosis.

Dog parents should know that there’s little that you can do to prevent the development of Addison’s disease in your dog. But early detection of the disease makes it easier to manage it while following your vet’s recommended treatment plan can prevent health crisis related to it. You may also be able to find expert advice from the professionals at PetSmart about the ways of managing its symptoms.