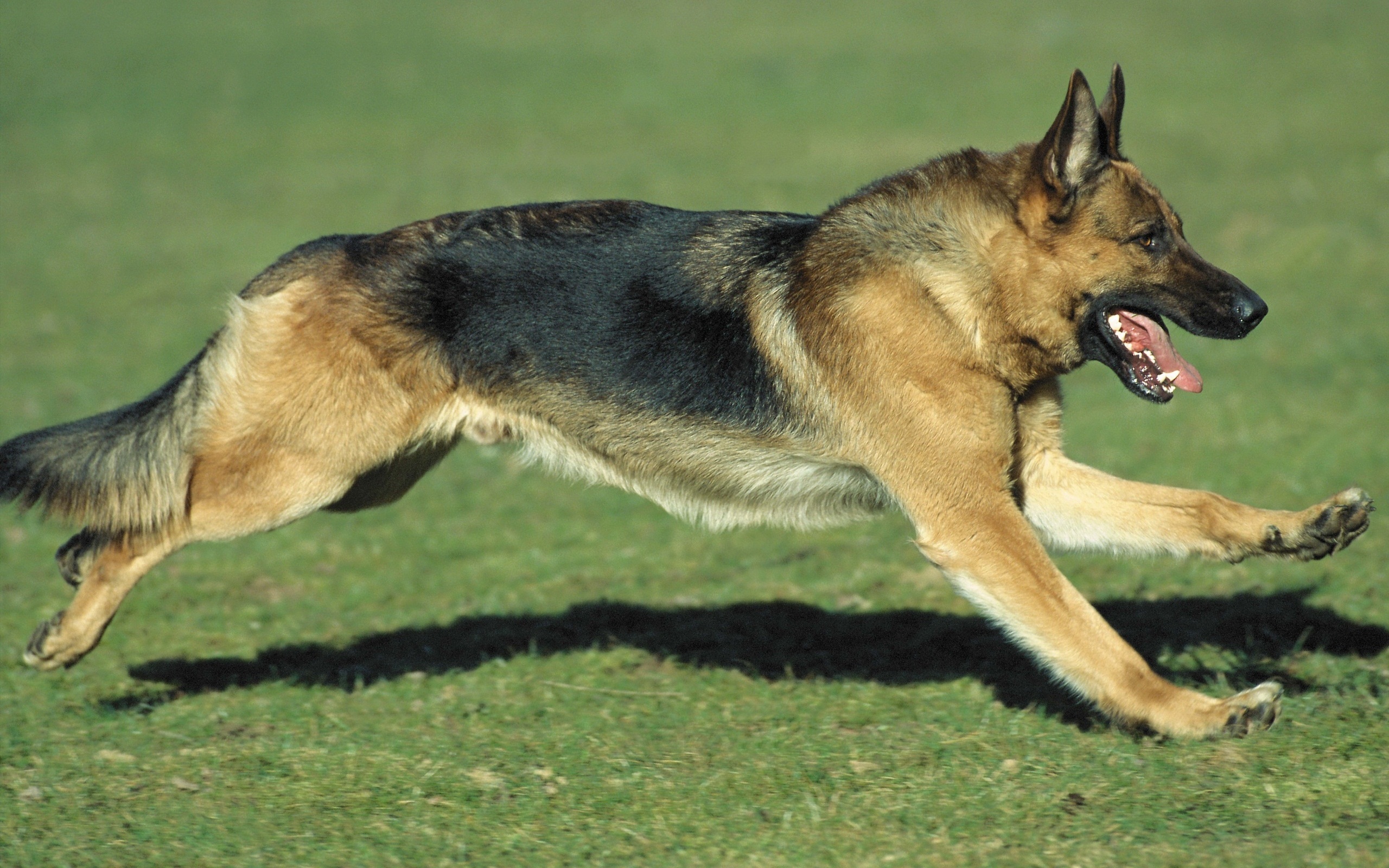 One of the “handsomest” dog breeds, the German Shepherd Dog (GSD) is an excellent canine that has exceptional intelligence, tremendous ability for learning, unwavering loyalty, and has great potential for training to do almost anything. Read on to find out why and how raising a GSD isn’t all that cut and dried as most people make it out to be.

Before even thinking of raising a GSD, take into consideration the genetic nature of this breed. GSDs were first bred as a working dog for the herding as well as guarding sheep flocks. The GSD is protective by nature, a learned response from centuries of protecting sheep and lambs. This protective nature, if not harnessed properly, can make a GSD aggressive.

Research on the Breed

Raising a German Shepherd puppy to become a future GSD begins the moment you bring him or her home. Ten weeks is typically the age when the puppy is ready to socialize with humans and other pets, albeit it could be earlier or later than that. Housebreaking a puppy of this breed will not be easy because GSDs are inherently willful, athletic, and independent.

Take the time to research what this breed is all about because not doing your homework can result in a puppy that will grow to be a confused, unhappy, and aggressive adult GSD. Incidentally, aggression is the result of lack of or insufficient socialization for the puppy with its humans and other household pets as well as the effect of bad dog training from the owner. 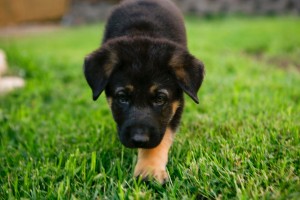 According to dog experts, the best time to get a puppy is when he or she is between eight and ten weeks old. Your German Shepherd pup is a “pack” species and need a leader. YOU are the pack leader in this case who has to provide the structure and guidance. The first thing that a pup of this breed would want is trust. He or she needs to trust you before you can raise and train him.

For the next six months, you should provide your pup with an environment built on trust which you can achieve with the correct commands, whether these are verbal or non-verbal. Through practice and repetition of these commands, your pup will develop a balanced behavior that you should reward. Additionally, eliminate signs of negative behavior immediately.

The operative words in raising a German Shepherd puppy are clarity, consistency, and kindness. These help avoid potential behavioral problems which your puppy may have in the future because of disobedience. If he/she learns to behave as a pup, he/she would grow into well-behaved GSD. Here are some tips on how to raise your German Shepherd pup:

1. Teach Your Pup To Use His/Her Mouth Properly

Like most puppies, yours chews on just about anything he/she can get his/her teeth on – pillows, carpets, cardboard boxes, shoes, your hands, bed frame legs – this is every puppy’s exploratory stage. As much as this is also a very annoying time for you, this is when you should teach him/her what he/she can and shouldn’t chew as well as how he/she may soften his/her bite.

GSD puppies have tiny but very sharp teeth which help them learn how much, or how little, pressure goes with biting different kinds of things. It’s up to you to teach your pup to distinguish between hard bites – like meat – and soft bites – like your hand. Your puppy needs to know and understand that YOU are the alpha “dog” on the day he/she becomes part of your household.

2. Give Him/Her His/Her Own Place

It doesn’t matter whether it’s a dog house, crate, pen or a large basket with blankets. Your German Shepherd puppy needs his/her own place where he/she can stay as often as he/she wants. Never force your pup out of this created space. He/she will need that special place not only to sleep in but to relax in whenever he/she feels the need to.

3. Be On the Lookout for His/Her Health

Have him/her examined thoroughly by a reputable veterinarian. Have your puppy checked for allergies, pancreatitis, ear infections, rickets, hip dysplasia, and bloating which are common ailments of German Shepherds. Be updated on all of his/her vaccinations such as immunization and distemper shots. It is best that you find out sooner than later from the vet about your puppy’s health.

4. Give Him/Her the Correct and Sufficient Nutrition

Puppies need more calories than adult dogs. Buy dog food that lists meat, not meat by-products or corn as its first ingredient. Young GSDs are fed between three and four times daily. Space out his/her feedings into half a cup of dog food thrice or four times within the day. Ensure that his/her water dish is filled with fresh water and replenish it regularly.

For GSD breeds, socialization should begin at an early age and is mandatory. Lack of socialization is the major reason why breeds like GSDs become aggressive. Ensure that everybody in your household becomes familiar to your puppy and him/her to them. Enrolling your pup in obedience school comes after you have taught him the basics of socialization.

Wouldn’t It Be Awesome?

Raising a German Shepherd is actually training YOU to train your pup and meeting his/her needs. If you raise and train your German Shepherd puppy well, you can expect surprising results. It would be awesome if you can raise your pup to look at you and ask for your approval before playing with another dog or settling in on your bed, wouldn’t it?